The naming of our streets: Bywong Street

As the Toowong and District Historical Society has been meeting at the West Toowong Bowls Club since July last year (2020), it might be of interest to our members if some information is provided about the local area.
The West Toowong Bowls Club is located diagonally opposite the Queensland Academy of Science Mathematics and Technology (QSMAT) on the flats of Toowong Creek on the western side of Bywong Street. Change in the local neighbourhood has occurred over time, and some of these changes can be discerned after a close examination of the 1904 map.
In 1904, Bywong Street was then named Grosvenor Street. The name change most likely occurred ca.1938 onwards when the BCC insti- gated a policy of removing duplicate street names across Brisbane.
Grosvenor Street may have been named for Hugh Lupus Grosvenor, KG, PC, JP (13 October 1825 – 22 December 1899), the 1st Duke of Westminster. He was known as the Marquess of Westminster. His titles were Viscount Belgrave between 1831 and 1845; Earl Grosvenor between 1845 and 1869; and 3rd Marquess of Westminster between 1869 and 1874. He was created the first Duke of West- minster, the most recent dukedom conferred on someone not related to the British royal family, and created by Queen Victoria, in 1874. He was an English landowner, politician and racehorse owner. Although he was a Member of Parliament from the age of 22, and then a member of the House of Lords, his main interests were not in politics, but rather in his estates, in horse racing, and in country pursuits. He developed the stud at Eaton Hall and achieved success in racing his horses, winning the Derby on four occasions. Grosvenor also took an interest in a range of charities. At his death he was considered to be the richest man in Britain.
The origin of the street name of Bywong Street is not known at this stage, and more research is required. When the Brisbane City Council (BCC) decided to change street names it appealed to the public for suggestions. A list was drawn up, and as names were altered the next name on the list of suggestions was selected. Due to the manner of street name reselection there was no guarantee that the any new name applied had any connection to the area to which it was to be allocated. As names were used, they were crossed off the list. Sometimes there appears in the BCC files a notation which was added to the column against the new street name selected with infor- mation as to the origin of the name.
One suggestion that has been made is that a Chinese market gardener named Wong operated a market garden nearby in Market Street, and the street was named ‘Bywong’ because the street went ‘by Wong’. Was there a market garden at Market Street as well as on the creek flats at where the Toowong State High School was later located ? It is quite plausible that a local resident submitted this sug- gestion to the Brisbane City Council and it was adopted. If Irving Street, named for Mr William Irving, a long serving Town Clerk of Too- wong, could be renamed as Bangalla Street, after the home of the Phantom, anything is possible.
So perhaps there is a notation in the files of the BCC Archives that gives more information. This is yet to be researched.

The naming of our streets: Archer Street

Archer Street is named after Alexander Archer (1828-1890), manager of the Bank of New South Wales in Brisbane and a member of the Queensland pioneering Archer family. His wife was Mary Louisa, a daughter of Sir Robert Ramsay Mackenzie, 10th Baronet (1811-1873), a Queensland Premier (1867-68). The Archer residence, ‘Arley’, sat on the river bank at Toowong high above the flood zone of the Brisbane River.
The Archer brothers were explorers and pastoralists and were among the earliest European settlers in Queensland. Seven sons of William Archer, a Scottish timber mer- chant, they spent varying amounts of time in the colony of New South Wales, mainly in parts of what later became Queensland. A substantial number of locations in Queensland were either named by or for them. The first of the Archer brothers to settle in Australia was David, who arrived in Sydney in 1834. He was joined by William and Thomas in 1838. In 1841 David and Thomas, joined by their brother, John, travelled to the upper reaches of the Stanley River, an eastern tributary of the Brisbane River. There, near present-day Woodford, they established Durundur Station, a holding of 200 square miles (520 km2), which is equal to 128,000 acres (51,800 ha). Charles Archer arrived in Australia in 1841, and joined his brothers at Durundur in 1843.
Alexander Archer and his wife were aboard the R.M.S. Quetta, bound for England
from Queensland, when on Friday, 28th February 1890, the ship foundered without any
warning on a calm moonlight night within a few miles of Albany Island, at the entrance
to the Torres Straits. Of the 293 people board, no fewer than 133 persons were
drowned. The ship’s master was Captain Sanders, and with Captain Keatinge aboard, was piloting the ship through the Torres Strait. Destined for Thursday Island, the ship turned into the Adolphus Channel to round the Cape York Peninsula. The pilot was experienced, the weather fine and visibility good, but at 9:14pm the ship struck an uncharted rock in the middle of the channel near Albany Island. The rock ripped a hole through the plates from the bow to the engine room amidships, four to 12 feet wide, sinking Quetta in 5 minutes and sending 134 of her passengers to their deaths. When the disaster struck the Quetta had 292 people aboard: a crew of 121, comprising 15 European officers, 14 from other trades and 92 lascars from India; 70 Javanese in temporary deck houses, travelling to Batavia after working in the cane fields; and 101 other passengers. At the time, Quetta’s loss was thought to be the worst maritime disaster of Queensland.
The Quetta now lies on her port side in 18 metres (59ft) of water and is a protected historic shipwreck under A ustralia’s His- toric Shipwrecks Act 1976. As a memorial to the lives lost on the Quetta, the Quetta Memorial Precinct was established on Thursday Island, comprising a church (later a cathedral) a rectory and a Church Hall.

Roy Hanson: My Toowong Business In about 1947 Roy Hanson rented premises in High Street, Toowong and opened an electrical retailing business. This is his story: I rented a shop off Miss Brownsdon and ran my business from here. It … END_OF_DOCUMENT_TOKEN_TO_BE_REPLACED

The Brisbane General Cemetery’s picturesque setting maintains the visual allusion of the Victorian concept of a mortuary park on the outskirts of the city. After a sizable portion of land was set aside for cemetery purposes at Toowong in 1861, … END_OF_DOCUMENT_TOKEN_TO_BE_REPLACED

Researched and written by Peter McNally Raymond Dart (1893- 1988) was an anthropologist and palaeontologist who realized that a fossilized skull he was examining in 1924 was the earliest example of primordial bipedal man ever found to date, thus proving … END_OF_DOCUMENT_TOKEN_TO_BE_REPLACED

Hi TDHS members, It’s webmaster Genean here. Currently I am working in conjunction with a great team to develop a better web experience for you all. Please bear with us whilst we make some changes and upload great new information for our wonderful society. 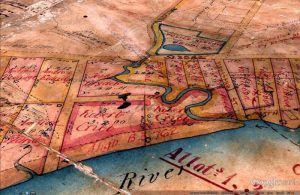 Fond Memories of our family home Ed Faux has provided the following memories about the Faux family residence, which was located at 57 Dunmore Terrace, Auchenflower. My father, Eric Faux, purchased the home from a friend of his by the … END_OF_DOCUMENT_TOKEN_TO_BE_REPLACED

It was rather dark for 6 o’clock on a summers evening. Clouds circled above with the promise of rain which did not eventuate. The BrizWest Community Ensemble (about 15 in all) had unpacked their brass & percussion to strike out … END_OF_DOCUMENT_TOKEN_TO_BE_REPLACED

The story of ‘Dovercourt’, Sherwood Road, Toowong TDHS welcomes guest speaker Harold Peacock, the historian retained by the new owners of ‘Dovercourt’, the heritage house in Sherwood previously owned by the Bigge family and in which four generations of the family have lived since the 1920s