Tag Archive for: Bon Accord Sawmills

You are here: Home1 / Blog2 / Bon Accord Sawmills

[Note: In many of the Scottish documents, the name is spelt as Paterson. To ensure consistency, the family’s spelling of the surname is used. Click on each image for a larger version.] 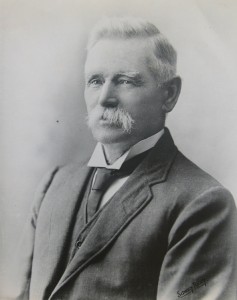 Charles Patterson was one of the many early emigrants to Brisbane who contributed much to their new homeland. He established businesses, committed himself to his Church and became deeply involved in municipal affairs, becoming the first Mayor of Toowong.

At the time of his marriage, William was a farmer at Maidencraig, in the parish of Newhills, while Ann lived in Forbes Street, in the parish of Old Machar. Ann’s father was William McKenzie, a linen weaver and her mother was Margaret (maiden name was possibly Reith or Ruth).

There were 8 children born to William and Ann:

By the 1851 census, the Patterson family was living at Kinellar, Muir of Glasgowego, where William had 28 acres.  James was not at home as he was visiting his grandmother, Margaret McKenzie, who lived in Donald’s Close (Schoolhill) while William was away working as a labourer.

In the 1861 census of Scotland, we find the family still at Kinellar. William is aged 59, born in Towie and living with him is his wife Ann aged 47, born Old Machar and the following children:

James and Alexander are not at home in this census.  Alexander may well have died (no death record can be located for him) and James was living at 38 Frederick Street, in the parish of St Nicholas, and working as a tailor.

Sadly, the following year, in 1862, William junior died on the 30 December, 1862 at only 25 years of age. His death notice lists him as a railway coachbuilder. Eight years later, Ann died on the 28 February 1870 with the family now living at Rose Cottage.

In the 1871 census, taken on the night of 7/8 April, only two weeks prior to Charles and James leaving Scotland to come to Australia, living at Rose Cottage are: 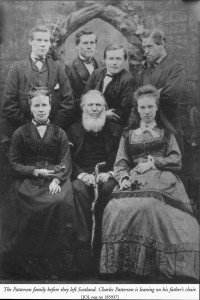 The shipping records show that at the age of 28, Charles Patterson and his brother James, aged 32, travelled together from London as steerage passengers (third class) on the barque Indus and arrived in Brisbane on 21 July 1871.

The following year Hugh, aged 25, his father William aged 70, Margaret aged 24 and Ann aged 18 left London, again on the Indus, on the 10 April, 1872. Hugh and William travelled in steerage while the girls came as free passengers. The ship arrived in Brisbane on the 1st July 1872, almost 12 months after the arrival of Charles and James.

Charles initially worked as a gardener in the Botanic Gardens with Walter Taylor who later was the builder of the Walter Taylor Bridge at Indooroopilly. The Botanic Gardens, at this time, was a 32-acre reserve on a bend of the Brisbane River near Queensland Parliament House. He applied for land in 1871 but this application was rejected for ‘informality’.  The following year, his application was successful and he received 40 acres at Yeerongpilly as an immigration selection. 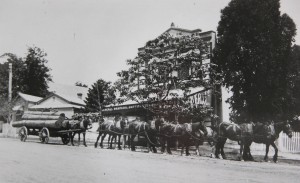 By 1873, Charles had started his sawmilling business.

On the 5th July, 1876 at 33 years of age, Charles Patterson of Bon Accord, Indooroopilly married Janet Mitchell at his father’s house in George Street, Brisbane. The bride was the daughter of John Mitchell and the former Isabella Leslie.

Alex Christie was best man and the bridesmaid was Maggie de Louis Patterson. Charles and Janet had seven children:

In 1883, William Patterson died and was buried in the Toowong Cemetery.

The Brisbane Courier Monday 26 February 1883
The Friends of Mr. WILLIAM PATTERSON are respectfully invited to attend his Funeral to move from his late Residence, Sherwood-road, Toowong, THIS (Monday) AFTERNOON, at 3.30 p.m., for Toowong General Cemetery.

By 1880, Charles was a member of the Toowong Divisional Board.

Janet (spelt as Jennet in the records) Patterson, Charles’s first wife died on the 25 June, 1889 and was buried in the Toowong Cemetery. She left a family of six young children.

Six years later, Charles married for a second time. His new wife was the former Barbara Paterson who brought the Scottish name of Skene into the family, harking back to the Scottish lands of Skene and Loch Skene which bordered the original family estate in Aberdeenshire. 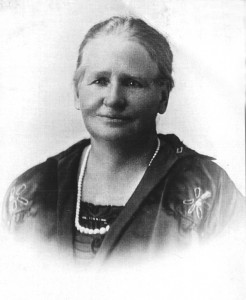 Charles had travelled halfway around the world to find not one but two brides who had lived almost next door in Scotland!

Charles and Barbara had six children from this marriage: 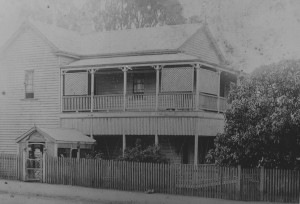 The Patterson residence, Kinellar, was built at the corner of Little Maryvale Street and Sherwood Road, Toowong. Kinellar was at first a single-storeyed dwelling, with a gabled roof and an attic, and featured timber decorations befitting a leading member of the industry. The name Kinellar was chosen in memory of the parish in which their farm was located in Scotland.

As well as his business pursuits, Charles had a number of other interests, He was the founding member and president of the Toowong Horticultural Society. He was committed to his church and on Sunday mornings, could be found arranging the flowers in the Toowong Presbyterian Church in Sherwood Road. He had an unbroken period of 38 years of service to this church, had been session clerk since 1905, and had occupied the highest office open to a layman.

He was very active in local government, serving as a divisional councillor on both the Indooroopilly and Taringa Shire Councils, the Toowong Shire Council and later as Mayor of Toowong for three terms. As well as his political interests, Charles Patterson was chairman of the first Toowong State School committee and was always a great supporter of the school.

Charles Patterson died on 4th January, 1926, aged 81. He was survived by his widow, eight sons and three daughters. A fitting tribute was paid to this esteemed emigrant by the Mayor, Alderman Jolly, who said of Charles:

He was indeed a worthy citizen and leaves behind him a splendid family of sons and daughters, which, after all is said and done, represents the best type of citizenship.