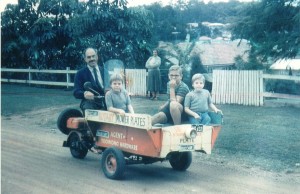 When widowed with three small children, Elizabeth Bailey set out to earn a living and to provide for her family’s financial security. During her lifetime she displayed drive and a willingness to work hard; showed resourcefulness and initiative and was … END_OF_DOCUMENT_TOKEN_TO_BE_REPLACED